Recently I had bid on an original Harris Tweed Crown on eBay, but alas, it sold for an incredibly high price. As it should. Being that it was the original colorway. The kind seller offered me a second chance at another model from his collection, this beautiful plum, tan, navy, and turquoise felted wool crown that was a reproduction model made specially by Vivienne Westwood’s studios for their MET exhibit in 2006, titled: Anglomania. Apparently only three crowns were reproduced for this exhibit. While it’s not the original Harris Tweed, I’m in love with the unique colorway, and also appreciate that it is a newer model that will have a longer lifespan in my collection. 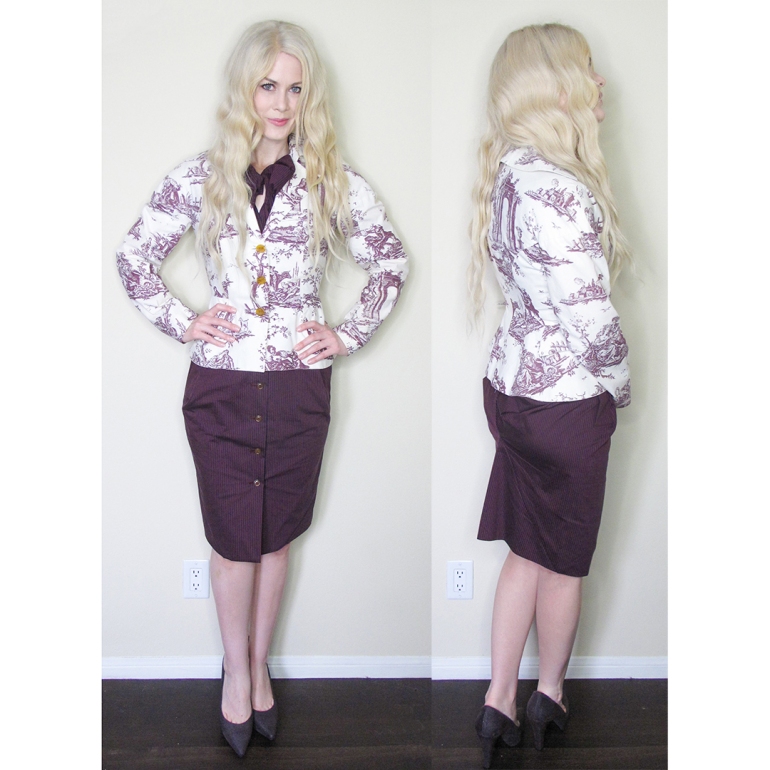