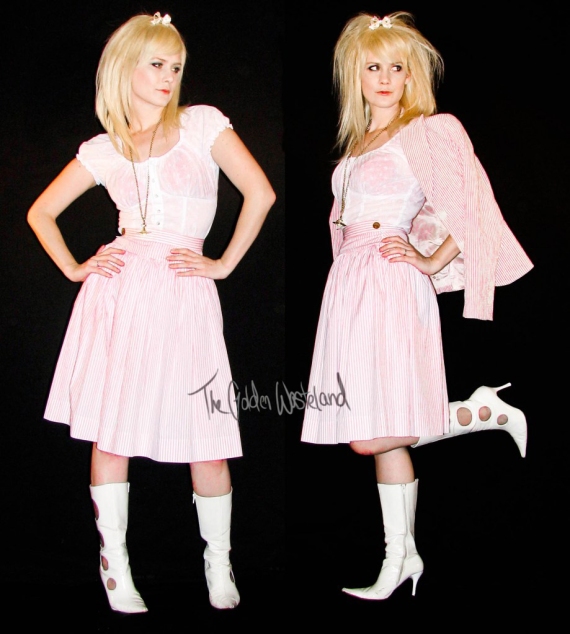 I was helping a friend do a photoshoot for a project of hers, which ended up becoming a free for all dress-up party in my closet after we were done with the serious shooting.  I picked up this skirt from the Japanese VW branch, and the jacket is from H&M that I picked up brand new for $3 at Goodwill in Santa Monica.  My designer friends and I would often go there when I lived in Santa Monica, since it’s no secret that most people in LA wear lots of fabulous clothes, and when they’re done with them the expensive stuff gets dropped off at Wasteland, but sometimes it gets dropped off at Goodwill, making some major finds more than possible.  The blouse I got in Japan from some unknown brand, and the shoes I borrowed from my friend.  Gold orb is from Hervia.  Later that night I ended up wearing my A+Lidel jsk. 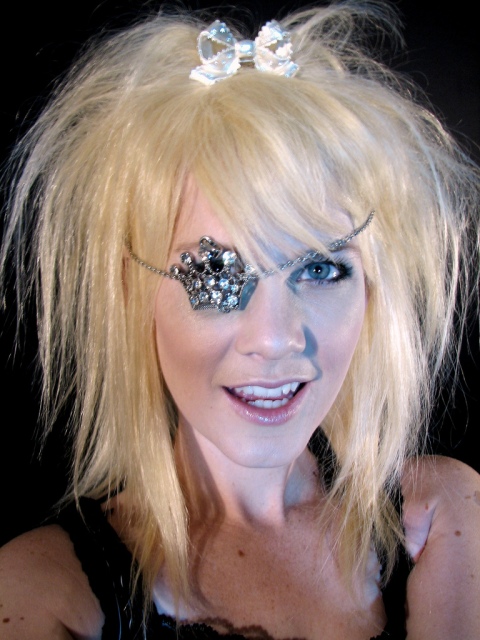