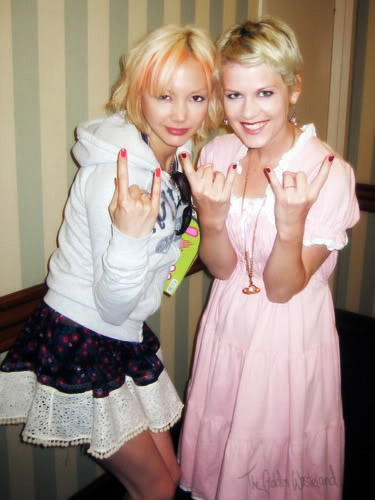 At Anime Expo 2007, there was a mass exodus of fans to the Long Beach Convention Center because this year the musical acts were nothing short of phenomenal.  The biggest names included Tsuchiya Anna, one of my favorite Japanese celebrities of all time, and a huge inspiration to me.  She held a press conference while she was in Long Beach, and I was lucky enough to attend.  To our (happy) surprise, she was extremely friendly and was more than happy to meet with us fans for a few pictures. 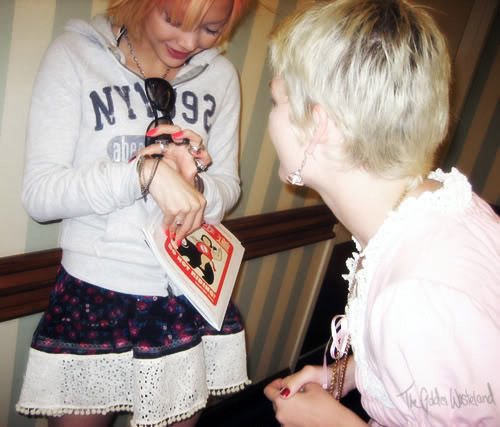 I knew quite a bit about her acting, modeling, and musical talents, but I had one question that fascinated me for some time.  While living in Tokyo, I met a fellow expatriate who told me stories about working with Justin Davis and custom designing rings for Tsuchiya Anna.  For some reason, ever since that time, I had been incredibly curious about her rings!  So I asked her during the interview if I could see them, and she was very happy to show them to me.  They look so heavy, but the detail is immaculate.
If you don’t know who Tsuchiya Anna is, she’s most known for her role as Ichigo in the movie Kamikaze Girls (Shimotsuma Monogatari), and also for her work providing music for the anime and film adaptations of the manga Nana.  I also really enjoy her other films, such as Sakuran, where she plays an oiran struggling between freedom and tradition.