After my dorm room fiasco, I was forced to find emergency housing off campus.  A local real estate agency that deals with short term rentals for students at Tsukuba University made the process extremely fast and easy.  In less than a week they had me in a nice studio apartment within walking distance of both the campus and the city center (and Matsuya, which is so important).

I guess you could say, this was my first apartment in Japan.  Or, really, my first apartment period.  Before this I had lived with my parents, and then I lived with my ex-boyfriend in a house we shared with two other guys, which was gross, and then I moved into the Hirasuna dorms, which was way gross(er).  But I had never had my own apartment before.  It was cozy, tiny, perfect.  I had hot water 24/7, a clean kitchen, my own private shower and toilet.

It was so clean and shiny when I moved in.  It devolved rapidly once I vomited my fandom posters all over the walls.  At the time it seemed like a really good idea.  Then when my fandom calmed down, it all just seemed so childish and embarrassing.  Now that I’m old, I think it’s hilarious and don’t care anymore, and am not afraid to let the whole world know I was a crazy 22 year old fangirl starving college student.  I couldn’t afford wallpaper, but I could afford the mini posters they sold on Takeshita for like 300y each. 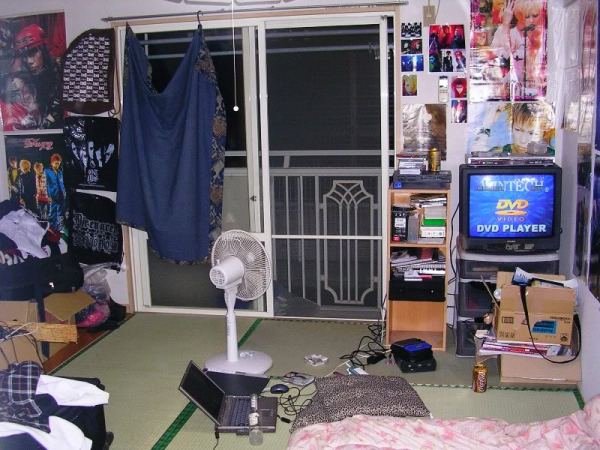 This was when I couldn’t afford proper curtains, all I had was this one small curtain leftover from my dorm room that only had two hooks on it.  It was totally useless, and only meant for a window, not double sliding doors.  I didn’t really think it was a big deal, because my apartment was in the middle of nowhere, and my balcony faced a metal wall.  There was nothing behind the building except rocks.  There literally is no purpose for anyone to go back there.

Then one night, while sitting on my cushions and using my laptop, I noticed something moving outside my balcony.  I looked up to see a man staring at me, just standing there behind my apartment, watching me.  I freaked out.  Clearly he was there to watch me, I wasn’t sure how long he had been there or if it was the first time.  He left after he saw me notice him.  The next day I went to the store and got a cheap full size bed sheet and pinned it to the wall to cover the entire door. 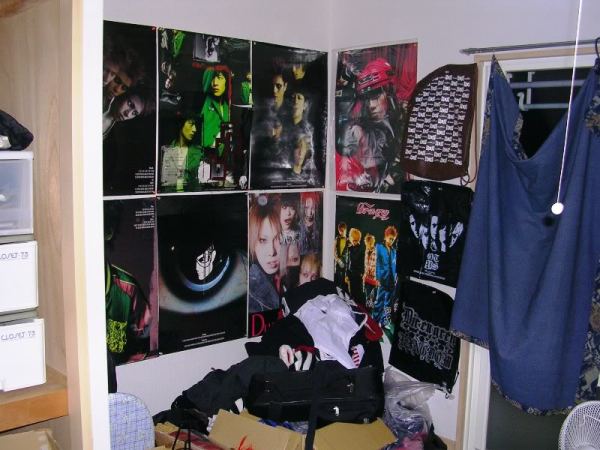 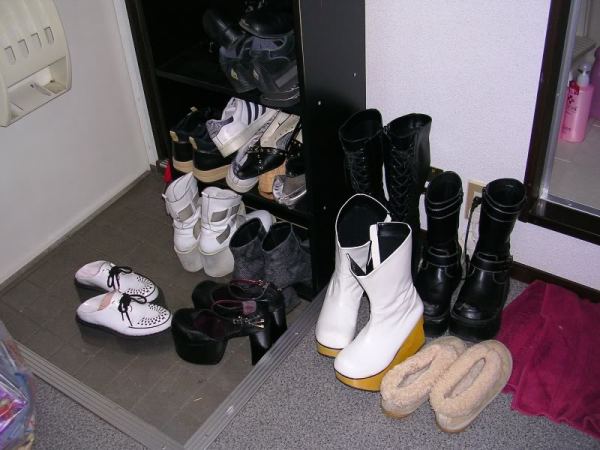 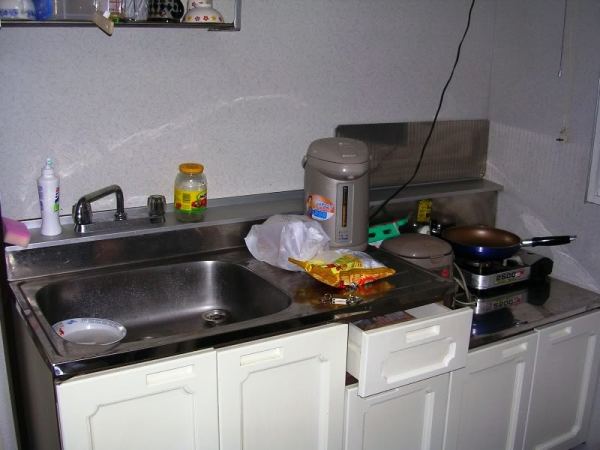 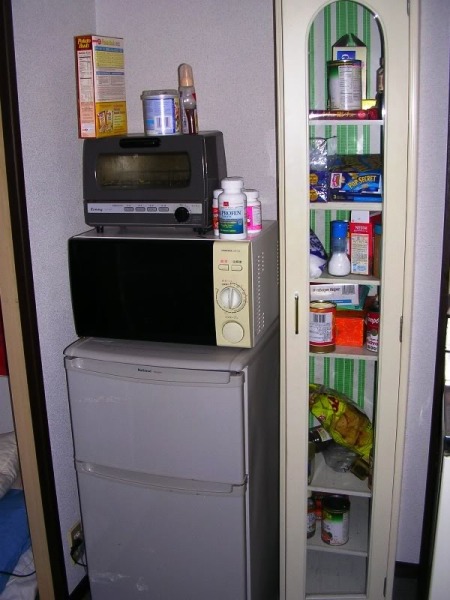